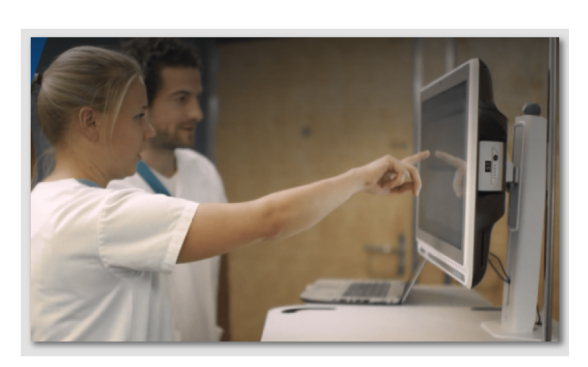 With a new building, the Solothurn Citizens Hospital (Switzerland) is currently laying an important foundation stone for the future. The hospital has already made an earlier attempt to use computerized mobile workstations and medical carts. “Digitization only works if systems seamlessly integrate into our daily ward rounds and nursing routines,” explains Mario Ulli , Head of Platforms & Access at soH. “Unfortunately, the first generation of our computerized carts turned out to be very heavy and unwieldy.” These medical carts had heavy standard components and standard PCs with lots of cables and a battery concept that provided only limited uptime. While large and heavy, the battery was often empty before the end of the shift. For recharging, the expensive carts had to stay plugged into the mains for hours, forcing nursing staff to do their rounds without the computer and then come back to enter the data. “Such a disrupted workflow is error-prone and exactly the opposite of what we wanted to achieve. Even the smallest error is unacceptable by our hospital healthcare standards,” says Mario Ulli.

The computerized hospital carts and workstations from INOVIS medical with Venus panel PCs from Onyx are fully configurable and offer a wide range of optional accessories. 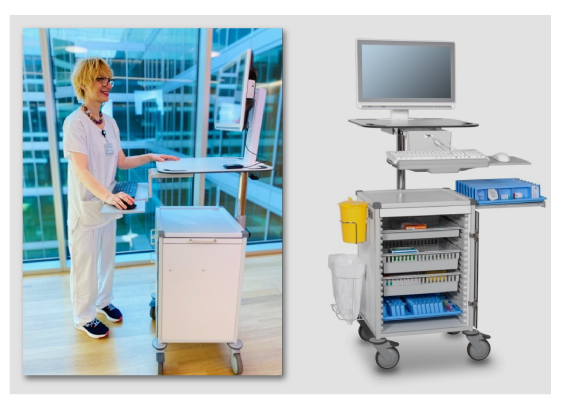 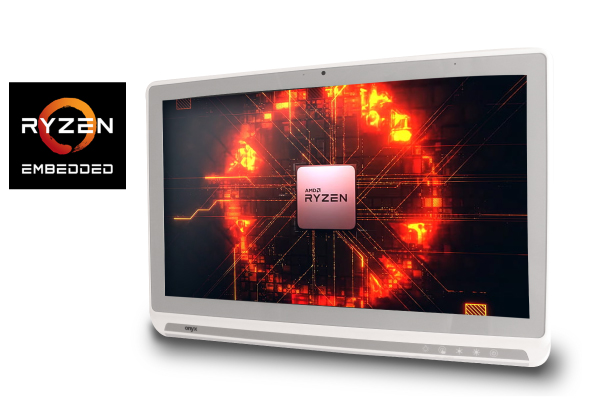 As the Venus medical PCs from Onyx with AMD Ryzen Embedded processors require no active fan cooling, the front complies with IP-65 protection standards and is easy to disinfect. The exceptional graphics performance supports large touchscreens or even multiple high-resolution screens for detailed analysis of patient data. 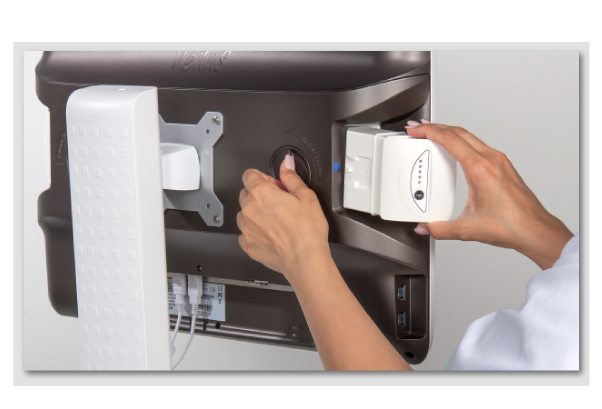